Sometimes, tests fail nondeterministically, which can be quite annoying to developers locally and in CI. cargo-nextest supports retrying failed tests with the --retries option. If a test succeeds during a retry, the test is marked flaky. Here's an example: 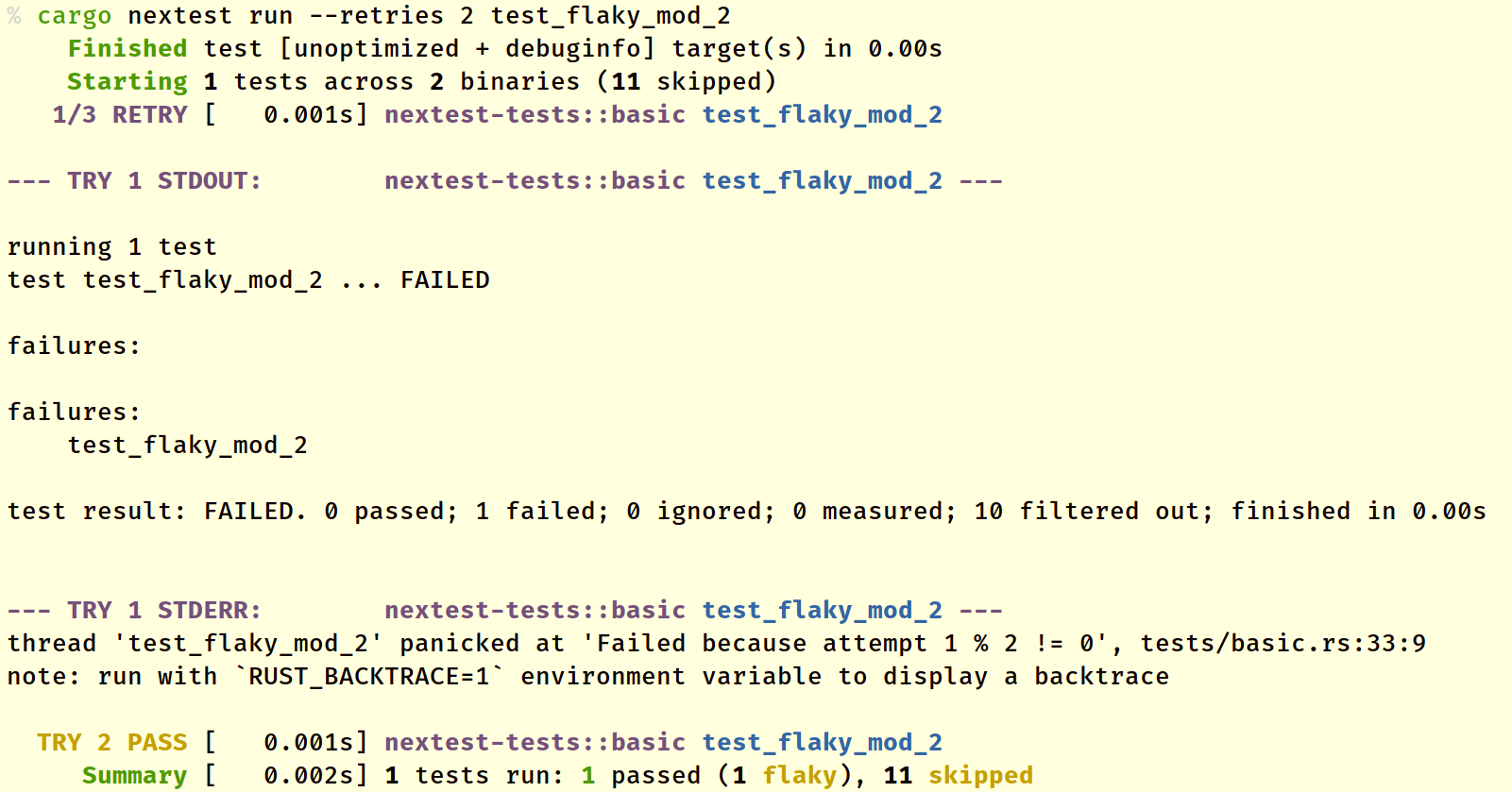 Flaky tests are treated as ultimately successful. If there are no other tests that failed, the exit code for the test run is 0.

Retries can also be:

In some situations, you may wish to add delays between retries. For example, if your test hits a network service which is rate limited.

In those cases, you can insert delays between test attempts with a backoff algorithm.

Nextest also supports exponential backoff, where the delay between attempts doubles each time. For example, to retry tests up to 3 times with successive delays of 5 seconds, 10 seconds, and 20 seconds, use:

A maximum delay can also be specified to avoid delays from becoming too large. In the above example, if count = 5, the fourth and fifth retries would be with delays of 40 seconds and 80 seconds, respectively. To clamp delays at 30 seconds, use:

To avoid thundering herd problems, it can be useful to add randomness to delays. To do so, use jitter = true.

The current jitter algorithm picks a value in between 0.5 * delay and delay uniformly at random. This is not part of the stable interface and is subject to change.

Per-test overrides support the full set of delay and backoff options as well. For example:

Note: The --retries command-line option and the NEXTEST_RETRIES environment variable both disable overrides.